The official name of the main monastery in Mongolia today is Gandantegchinlen Khiid. This translates into Mahayana Island of Perfect Rejoice.

The first temple of Gandantegchinleng Monastery was established in 1835 by the Fifth Jebtsundamba, the highest reincarnated lama of Mongolia. In the following years the buddhist community established more temples for daily service, veneration of Avalokiteshvara and colleges of Buddhist philosophy, medicine, astrology and tantric ritual.

The monastery grounds grew steadily and in the beginning of the 20th century Gandantegchinleng Monastery became the centre of Buddhist learning in Mongolia. Many prominent Buddhist scholars in Mongolia as well as in Buddhist world enjoyed their education in its various colleges. Their works on Buddhist philosophy, linguistics, medicine, astrology and tantric practice became the most authoritative and accurate Buddhist texts.

During 30s the socialist government adopted a policy of banning all religious activities in Mongolia. As a consequence all monasteries were closed and monks were executed, jailed and disrobed all over Mongolia. In 1938, Gandantegchinleng Monastery closed its doors too, but reopened in 1944 as the only functioning monastery during the socialist regime. After the democratic change took place in 1990 Buddhism regained its full right of worship. In the whole country 140 monasteries and temples have been (re)established and many sacred statues reconstructed so far.

1. Gandan temple is the first temple in Gandantegchinleng Monastery (1835). Grand services take place in this temple.
2. Vajrapani temple (1940). Daily services take place in this temple.
3. Avalokiteshvara temple (1912). The icon of this temple is the Boddhisattva Avalokiteshvara (Migjid Janraisig) with a height of 26,5 metre that was rebuild in 1996 under the leadership of later President Enkhbayar.

College of Medicine and Astrology trains students in Mongolian traditional medicine and astrology. 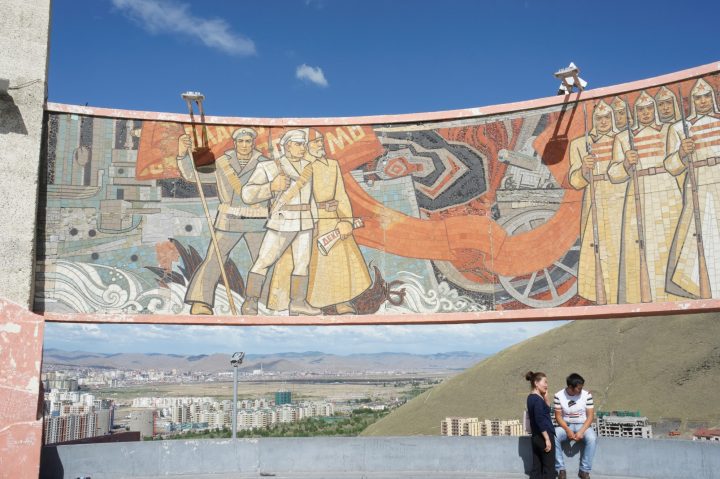