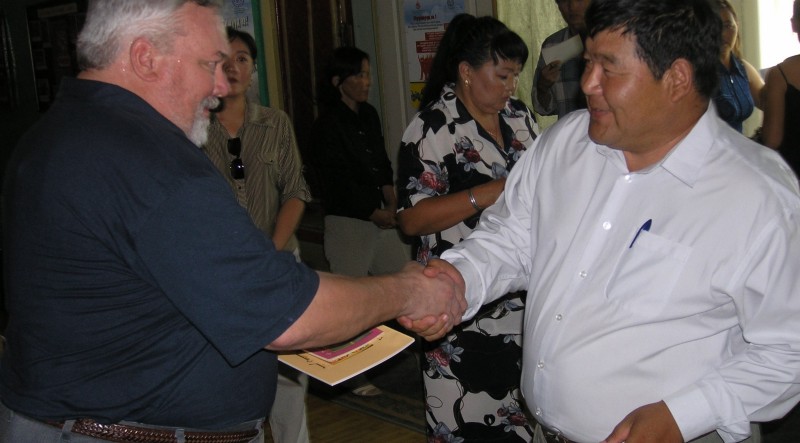 We remember Pete for the many lovely dinners in a wide variety of venues in Ulaanbaatar.

It wasn’t strange that we found Pete to be a mutual friend of Ai and myself. An evening with Pete was always interesting and entertaining. He had great stories from his personal experience and was well informed on the current affairs of Mongolia’s business, cultural and political affairs.
He will remberered for many of his qualities and achievements. We got to see a lot of Pete’s dedication to the cultural and buddhist heritage of Mongolia. He was one of the founding fathers of a project to map all of the monasteries that dissapeared during the communist period.

A sweet memory is the evening when we found Pagma on Pete’s side at the Veranda Restaurant. The news of their engagement was still very fresh and we couldn’t be more excited. As we were practically neighbours we would catch up regularly and sometimes even suprisingly at their downstairs Chinese.
When we heard Pete and Pagma named their lovely daughter Sarah, we gasped for a moment. We had considered the same name for our daughter to be.
We’re so grateful we could welcome Pete and Pagma in Utrecht and have a boat trip with Emi and — of course — a nice meal.

Pete, you have touched the lives of many people both in the huge projects that you have done and in the small things. The great fire, enthousiasm and joy that was in you. I have learned a lot from you, as a leader in the passioate way you would chase your goals and as a human in your kindness and open mind.
Thank you for allowing us to experience your strength and courage. We’ll keep your memory alive

Some resources on Pete

Some photos of a joint Trip to Sainshand in 2005

Originally published at guidoverboom.com on August 7, 2016. 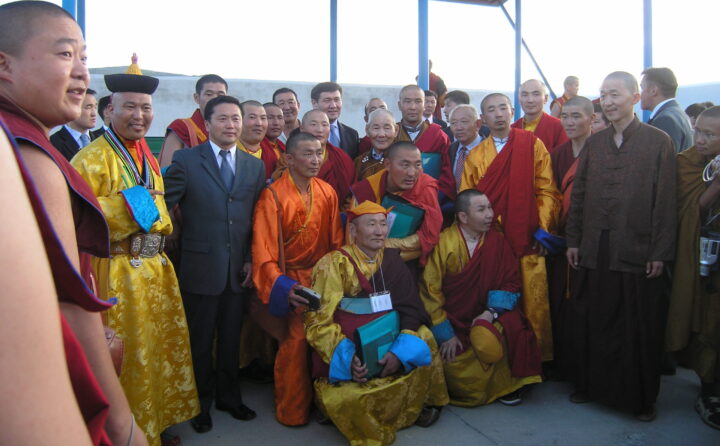